During Impact Startup Fest 2017, Prince Constantijn Van Oranje (StartupDelta) launched a call to action to startups worldwide to come up with solutions for the island of St. Maarten which was struck by hurricane Irma two weeks earlier. The solutions for example consist of housing, tourism, (sustainable) energy, fintech, educational, logistic and disaster relief solutions.

113 of those startup solutions are bundled in this book. 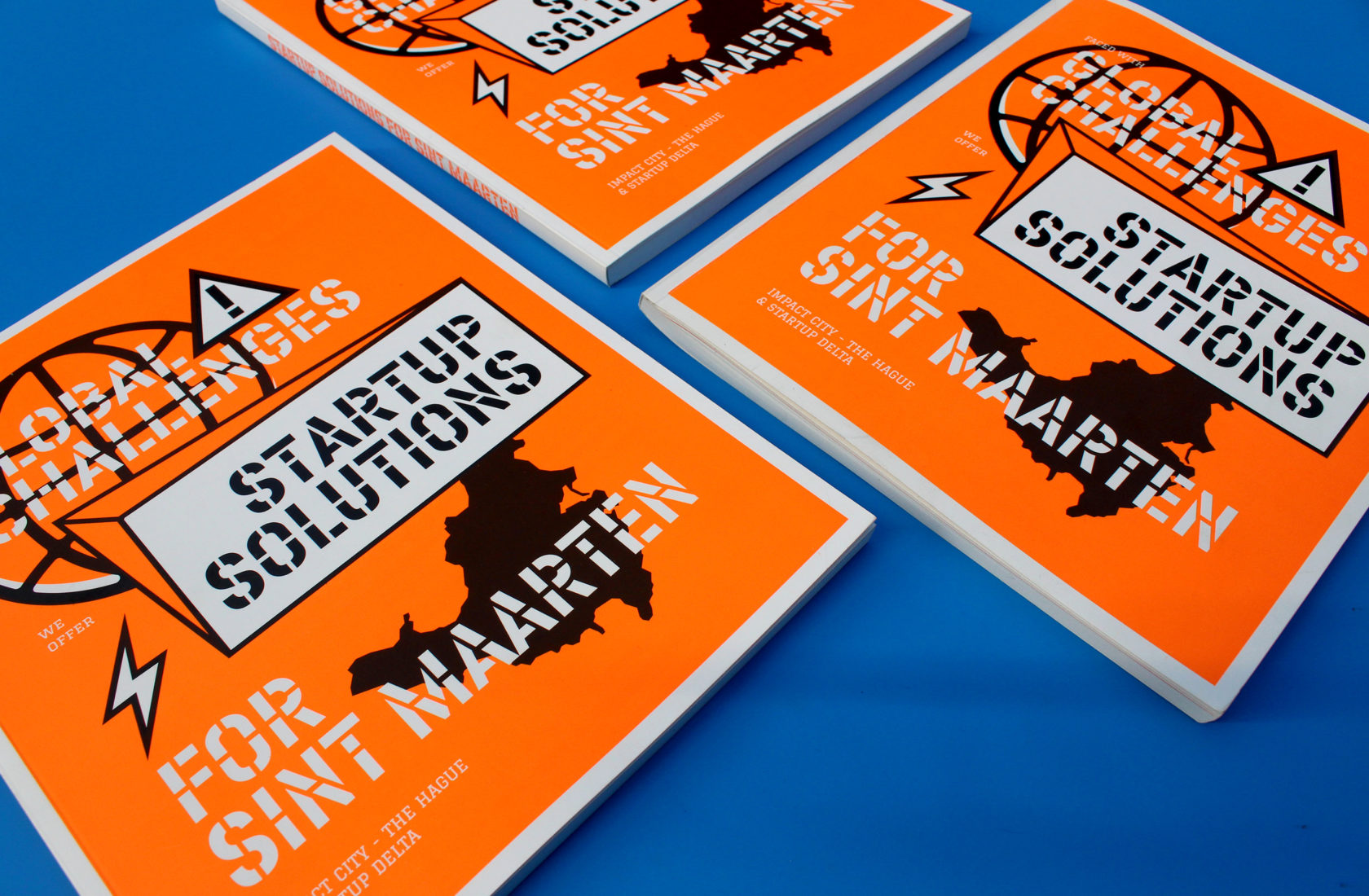 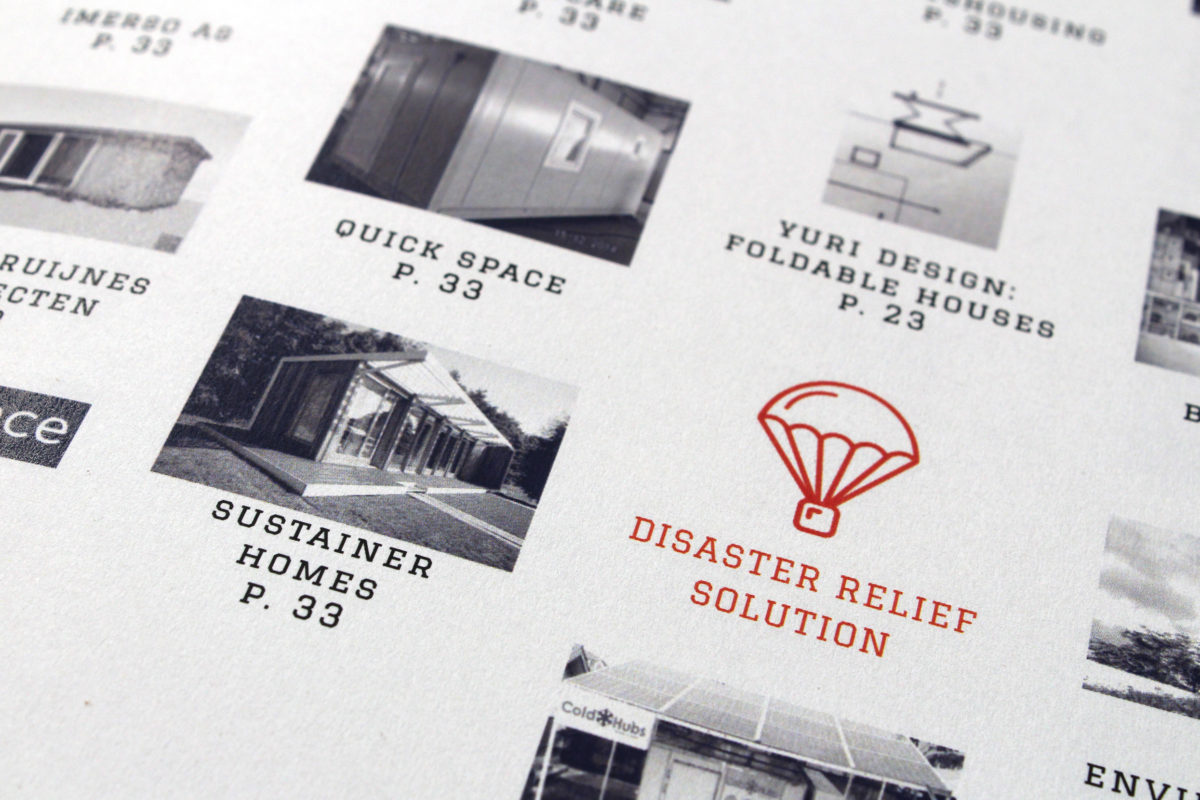 The traditionally industrial ‘Binckhaven’ area in The Hague is developing quickly into a creative and startup based experimental playground, with more and more startups and scaleups inhabiting the area. Impact City The Hague asked us come up with a ‘master plan’ for the future visual appearance of the area.

We started out researching the area which resulted in the idea of a launch platform, which metaforically matches with the energy, developments and companies that are settled in the Binckhaven. With this concept we tried to combine past and future using iconic features of the Binckhaven like for example the geometric shapes of steel cranes of a concrete factory and the cranes which surround a launch platform and the notion of impact.

We came up with a whole lot of ideas to make the area stand out, including a landmark, lighting, street markings and signing amongst other things. These ideas where bundled in a look book.

In the end, to playfully convey our ideas to the Binckhaven area, we made a poster series with some of the ideas from the look book in an exaggerated form.

In the next couple of years, ideas and visualisations from the look book will be executed in the area, such as the ‘Binckhaven’ landmark shown on the first poster. 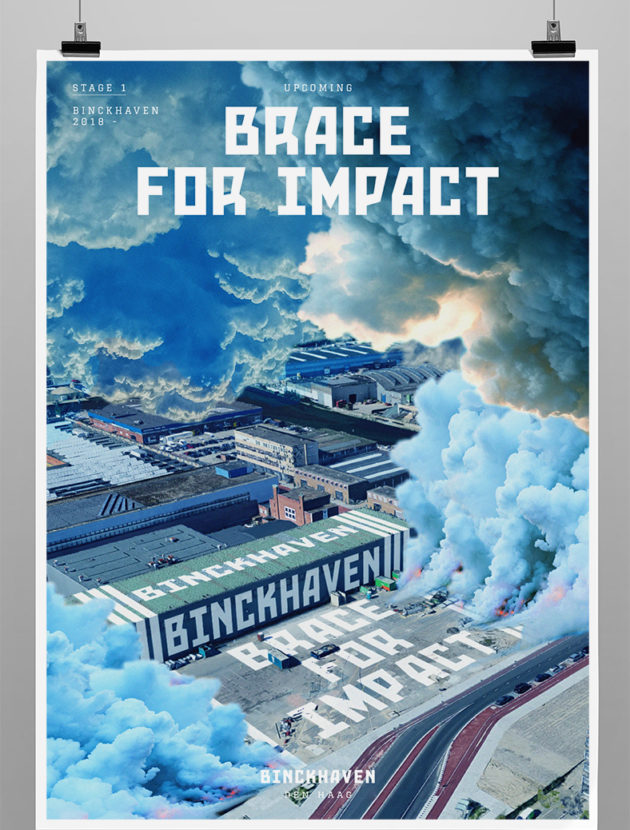 For the follow-up of Impact Startup Fest 2016, Impact City The Hague asked us again to design the visual identity and signage for the 2017 edition.

We collected a whole new set of quotes and truisms and transformed them into a ‘campagne-style’ identity for the event. Using flags, banners and ‘lawn signs’ as seen in US presidential campagnes, we referred to the message of ‘good things to come’ (but we all gonna have to work together) and the competitiveness that comes with it as a common similarity between the festival and political campagnes.

The lawn signs were used as signage, guiding people to the event. Supplemented with more traditional signs to announce the keynote speakers.

To complete the campagne we also designed buttons and stickers which were provided to all the attendees of Impact Startup Fest. 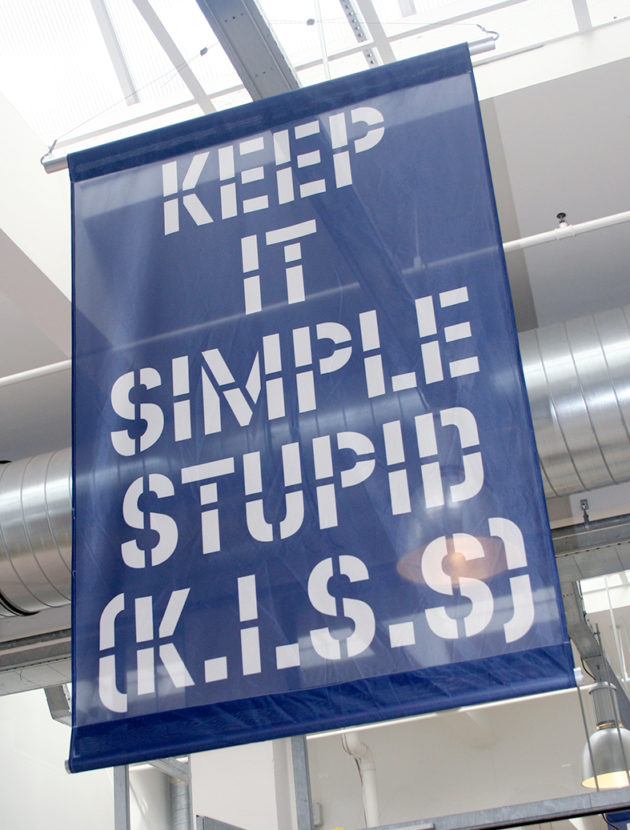 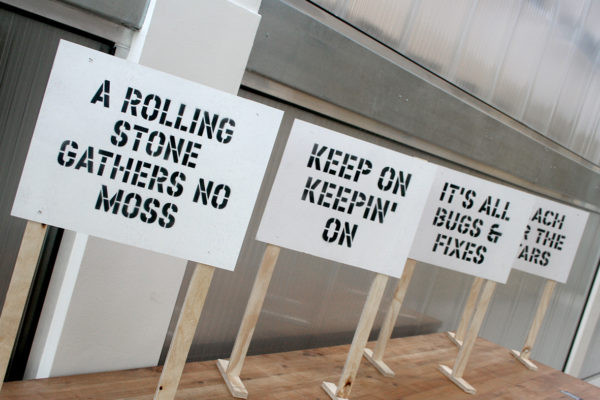 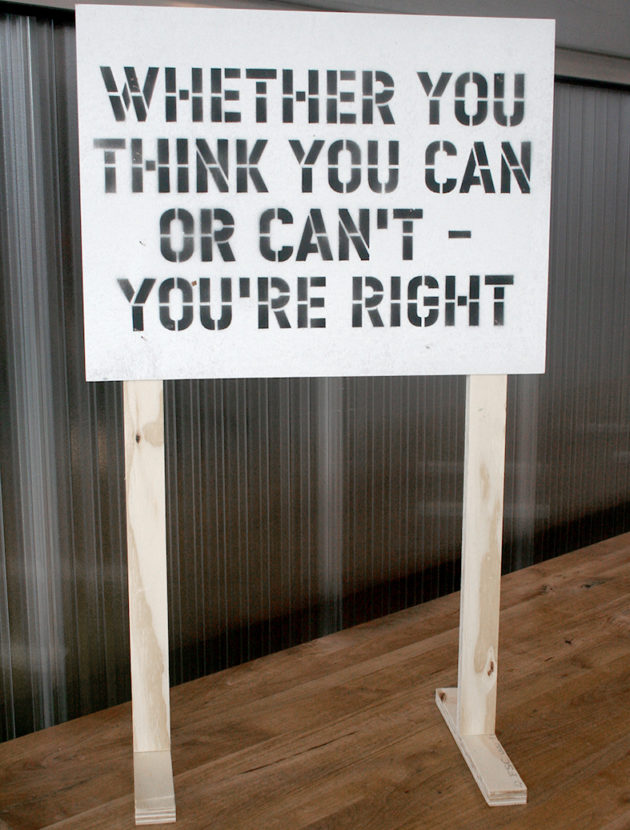 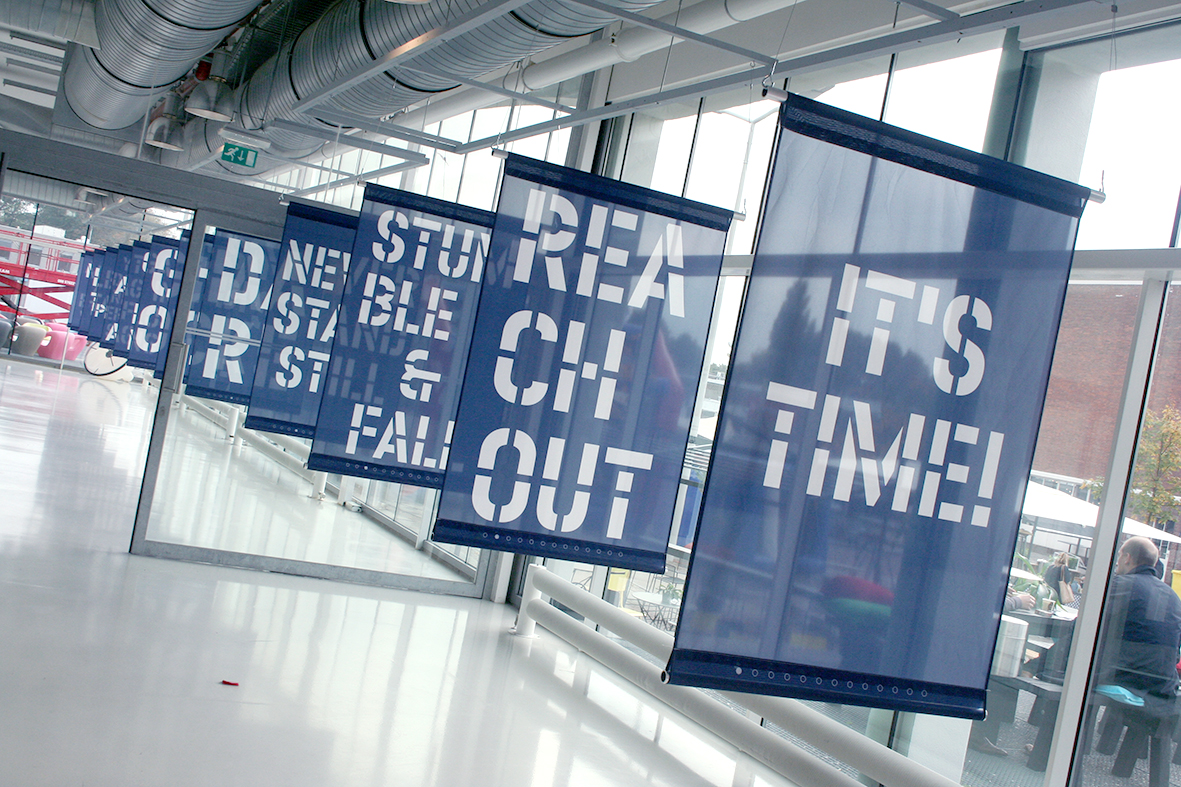 DANDANA is a freak-funk-psych-afro-punk outfit from the Hague, which asked us to come up with matching artwork for their original sound.

The briefing wasn’t the easiest one: to come up with visuals that reflected the analogue feel of the music, al well as their love for electronically produced music. We started out with the repetitive patterns that revolve around their sound, and built an installation that matched this idea. This installation was photographed in a way that it questions how the image was produced, by hand or with a computer? We left little clues like showing the nylon wires to answer this question.

The inlay in the double album is risographed cardstock. 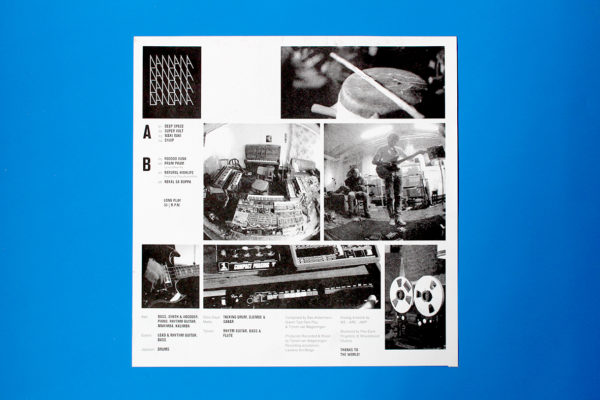 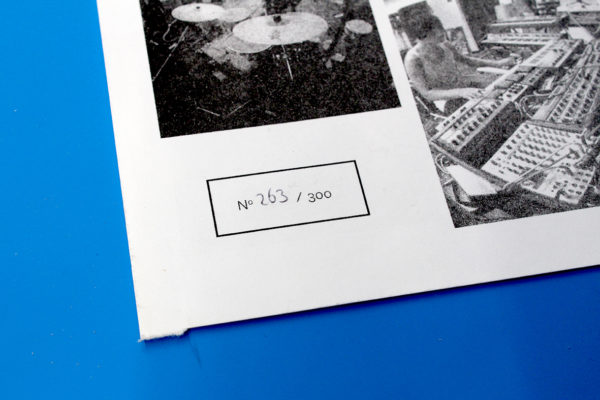